Have you ever thought “My boyfriend makes me feel so….”? Does he boyfriend make you feel insecure? Jealous? Angry? If so, I’ve got one thing you can do right now to address your issues…. and it starts with you.

In this video, I share how the first step in nonviolent communication can help put you on a path to success when your boyfriend does something that makes you feel some sorta way.

Whether it’s something small like leaving his hair in the shower drain, or something bigger like blowing off dinner with your parents to go drinking with his college buddies, or messaging guys on Grindr while you’re home watching a movie together, or maybe you just don’t have sex as much as you used to, and that’s got you feeling kinda shitty. Sometimes when you’re in a relationship, your partner’s gonna do something and you’re gonna have some sort of reaction.

We all know that every relationship has it’s ups and it’s downs, but that doesn’t mean that we just have to lay there and take it.

If your boyfriend does something that makes you feel some sorta way, what do you do? This is when I’m supposed to tell you that no one can make you feel something without your permission.

Which is true, no one makes you feel a certain way. Our feelings come from within us, and are ultimately our responsibility. But also, sometimes your boyfriend does shit that has an impact on your life, that’s real too. So, then what do you do?

I’ve been practicing this stuff for over a decade and even still sometimes that’s where my head jumps to first, but we can’t know for sure what’s going on in someone else’s head, and we can’t force them to do something they don’t want to do.

When I was trained in non violent activism, one of the first guiding principles we learned was: assume best intentions

Which is not to say that everyone actually has good intentions, but when you’re trying to work together with someone, towards something, especially that someone with whom you have a disagreement, assuming best intentions can be a good strategic starting point.

That also lines up with, Marshall Rosenberg’s first step in nonviolent communication which is to observe without judgment.

What’s going on here? What actually happened? You can think through that in your head, or you can write it down in a journal, it’s helpful to start with phrases like,

It’s possible to talk about what you experienced someone else doing without judging them, even though it’s natural to roll them all up together.

You let the flowers die because you don’t love me.

You don’t wanna have sex with me because all the guys on Grindr are hotter.

My tip for you today though is to separate out what you observe happened from what you think it means, so just like…

When you take some time to sort through what’s going on yourself before outwardly reacting, you’re taking the first step in making yourself feel better. By observing without judgment, you’re getting a little bit more clear about what’s actually going on, and clarity is sanity.

You’re also gonna set yourself up for having an easier time talking to your boyfriend about what’s going on when the time is right,

Before you get there, you’re gonna have to get clear on exactly what it is you’re feeling, because girl you are feeling something. If you need help sorting through all of the feelings that come up in a relationship, check out this article and remember to subscribe for new videos on how to have healthier, more fulfilling relationships, every Wednesday afternoon. 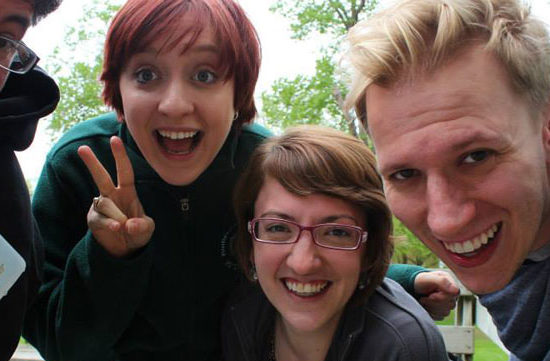