If your boyfriend wants to have sex with other people, one of the questions you might be asking is “Can you have sex without love?” That’s a question I got recently — and I’ve heard many times before — so I want to share my response with you.

In today’s video, we look at the difference between love and sex, how both love and sex are at play in an open relationship, and whether the distinction is even helpful in the first place.

For this, there are actually two answers to this.

A good example of this is eating.

You could go out with your partner, or someone that you have crush on, someone that you’re in love with and it could be a really romantic date. There’s lots of love, feeling, emotion in the eating.

You could have food in the context of foreplay or sex like strawberries, and whipped cream, and chocolate leading up to this like romantic evening together.

Or, you could eat lunch by yourself. You could go out to a business lunch with coworkers.

The same is true with sex.

We’ve been taught that sex is this super special thing, and it is, it can be, but it’s also a basic human function. Sex, like eating, is important and meaningful because of what we bring to it.

Knowing that about ourselves can then help us understand that, and remember that when it comes to our partners.

It’s going to be what they bring to the encounter. Just because they’re having sex doesn’t mean that’s there’s lots of love there, but it also doesn’t mean that there isn’t love there. That’s for your partner to figure out with whoever he’s having sex with, and for the two of you to talk about together.

The second answer is that you don’t necessarily need to try and separate love from sex in order to have a healthy, fulfilling open relationship.

But that’s just not how love works.

We know that already. No one ever suggests that a parent loves their first child less when they decide to have a second child. We understand that you can love one child with all of your heart, and then also love a second or a third or a fourth. Or, if you’re the Duggars, the 18th or the 19th with all your heart as well. The same is true of romantic relationships, that love is abundant.

I found that when guys are scared that if their partner has sex with someone else, it might mean that they love them. And, how can they make sure that it’s just sex and not love? There’s usually some underlying fears and feelings there, beyond just, “I don’t want him to love someone else.”

The first one is that it’s not always about love, sometimes it’s just sex, and that’s a lot of fun.

The second answer is that even if there is love present that’s okay too, that can be a healthy part of a fulfilling open relationship.

If you’re trying to figure out if an open relationship is right for you and navigate that process, I put together some videos that will walk you through just that. I’ll see ya over there. 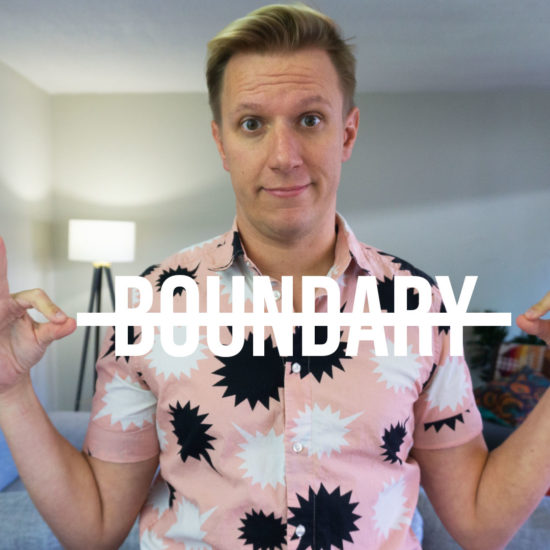